As the debate on the age of the Isthmus of Panama matures we respond to an eLetter.

We thank Erkens and Hoorn for their constructive comments. Like us, they believe that collaboration between biologists, geologists and paleontologists focusing on data and analyses is required to unravel the history of the Isthmus of Panama. We agree with Erkens and Hoorn that the formation of the isthmus was complex and the model we present (summarized here in Figure 1) demonstrates a protracted transition from a submerged arc to semi-emergent island chain to isthmus. Importantly, our review and new data confirm the long-held conclusion that abundant seawater flowed between the oceans until ~3Ma, and therefore, by definition, an isthmus did not form until that time.

We applaud Erken and Hoorn’s presentation of a “third option” and find that it generally agrees with the model of Isthmus formation that we support. It has long been understood that the emerging Panama Arc comprised a complex archipelago separated by channels of varying width and depth with land emergent as early as 40 Ma (1-4). Geophysical, sedimentological and molecular data demonstrate that interoceanic seaways became narrower and shallower following collision of the arc with South America in the Miocene (2, 5-7). This change would have led to a greater probability of successful dispersals of terrestrial animals between the continents over these straits. These dispersals most likely occurred via rafting, which we show is a process frequent enough to account for the several intercontinental dispersals observed in the Miocene fossil record, as well as colonization of several Caribbean islands by monkeys, ants, palms, and freshwater fish, amongst others.

Collision proceeded through the Miocene (5), resulting in the shut-off of first deep, then intermediate and finally surface water connections in the Pliocene as seen in deep ocean records (8-12). The last of these connections, which probably flowed through the Canal and Atrato seaways (1, 13), were not minor channels, but were sufficient to permit liberal interoceanic gene flow in coastal marine animals (7, 14, 15), maintain isotopic mass balance in surface waters between the Caribbean and eastern Pacific (8, 9, 12) and restrict the majority of terrestrial intercontinental dispersals (16). It is unlikely that the two largest water bodies on the planet could have maintained isotopic similarity for millions of years if the connections between them were severed. This does not necessarily mean that the seaways were large, as even narrow and shallow seaways can create analogous conditions, as seen in the interface between the West Pacific and the Indian oceans today (17).

Only when all seaways disappeared, as tectonic uplift and falling sea-level worked in concert, did the Isthmus of Panama form. Before that time, while seawater flowed over the semi-submerged Panama Arc, an island archipelago or alternatively, a set of peninsulas, must have existed, neither of which can be called an isthmus.

Correct terminology has real biological significance. The size of the seaways and amount of flow through them is of undoubted biological and environmental importance, but the paleogeography and paleoceanography of the seaways at different times in the past remains to be rigorously reconstructed, requiring more sedimentological, geophysical (e.g. 18) and ocean modeling data.

Our study therefore focuses on determining when the Isthmus formed. This specific scope is critical because only an isthmus would (1) allow terrestrial animals to migrate without crossing seawater, (2) isolate surface waters and (3) stop the interoceanic mixing of shallow water marine organisms.

We welcome new studies and new evidence that further our areas of science but there are considerable problems in the interpretation of data used to promote an old Isthmus (7, 19, 20). Montes et al. (21), for example, presumed that Eocene zircons found in Miocene sediments in northwest South America were uniquely “Panamanian” but they could also have arrived from more local sources via much less convoluted routes (22). Even if the zircons had originated from accreted “Panamanian” crust (e.g. the Mandé batholith) sedimentary records show that the Atrato seaway existed until the Pliocene (1, 23).
It was therefore not our aim to criticize Hoorn and Flantua (24), Erkens (25) and others, but to point out to future researchers that the hypotheses of an older Isthmus are based upon insufficient data. There is as yet no rigorous evidence to suggest that either a permanent or an ephemeral Isthmus formed in the Miocene. There is, on the other hand, abundant, rigorous and independent evidence showing that strong interoceanic connections existed through that time until ~3Ma, and that these connections were significant for the exchange of water and genes between the oceans and for preventing mass migrations of terrestrial animals.

We agree with Erkens and Hoorn that there is great potential for research on the theme and a universal need to refine the model of Isthmus formation, especially with regard to the changing paleogeography and paleoceanography of ancient interoceanic connections and how those changes affected marine and terrestrial biota. We look forward to the bridges that will be built through this scientific discourse.

References and original eLetter by Erkens and Hoorn on the Science Advances web page here: The Panama Isthmus, ‘old’, ‘young’ or both? 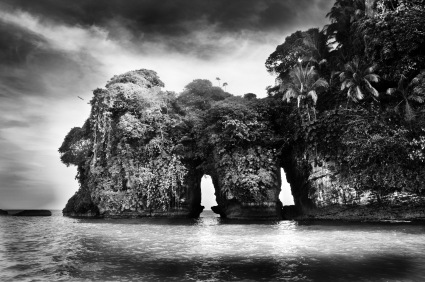 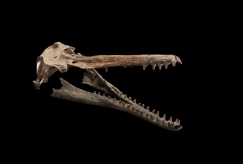 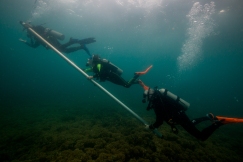